Axial expansion joints are designed to absorb axial movements (extension and compression in its longitudinal axial direction). The thermal expansion of a straight pipe line section between two fix points can be absorbed by axial expansion joints with a relatively compact build-in length. This offers a simple and cost efficient solution in terms of movement compensation.

Axial expansion joints can be equipped with all kinds of connectors, such as welding ends or welded or loose (rotatable) flanges.

COMBINATION OF CIRCULAR AND RETANGULAR ENDS

COMBINATION OF CIRCULAR AND RETANGULAR ENDS

Axial movement
Axial movement is considered as an elongation or compression of the pipe system in its longitudinal axis, meaning that in the process of absorbing the movements, the overall length of the expansion joint will either extend or compress.

Where there is a need for absorption other than that of axial movements, we strongly recommend alternative options and Belman will be pleased to provide its professional advice.

Definitions
Axial movement is shown as AX and stated in mm. Compression and elongation are indicated as negative (-) and positive (+). 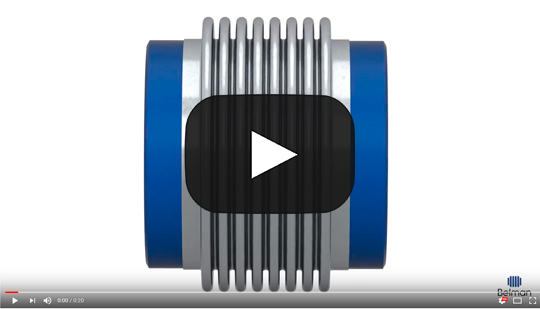 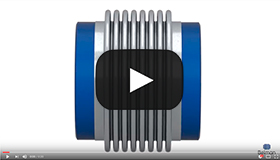 Having the ability to compensate for axial movements and with its simple and compact overall dimensions, axial expansion joints are very widely used within a range of applications. Axial expansion joints are especially common in long pipe runs, examples of which would include exhaust systems, ventilation and flue gas systems, district heating, steam, oil and gas pipe systems.

What are the advantages of using Axial expansion joints?

What are the requirements for using Axial expansion joints?

This illustrates the importance in the use of the three fix points, as the use of two or more axial expansion joints in a piping section will create an undetermined arrangement.
The amount of movements imposed on each expansion joint is not controlled, as the pipe between the two bellows can move sideward freely in both directions depending on the friction of the pipe supports and the differences in stiffness between the bellows. It is always important to have one axial expansion joint between two fix points.